More than once you’ve been carried away by your favourite song when pushing the shopping cart in the supermarket. And although we usually don’t pay conscious attention, music is very present in supermarkets, hypermarkets or grocery stores, and it affects our shopping behaviour.

As we have already mentioned in other posts, the background music has different benefits for the brand, the customers and also for the employees. Some of these benefits are: define the brand identity, create an appropriate atmosphere, affect the customer flow, invite to buy or increase the employees’ productivity.

Have you ever stopped to think about how you react when your favourite song plays in the supermarket? Or how do you speed when the tempo is very slow? Then we are going to comment on 5 aspects of the background music and how it affects our subconscious and influence our buying behaviour.

1. The rhythm and tempo matter

The atmosphere created through music in a supermarket is essential to influence consumers. Even the tempo or rhythm of it. In an experiment conducted by Professor Ronald E. Milliman (1982 –Using background music to affect the behaviour of supermarket shoppers“) it was found that the tempo not only influenced the pace around the store but also affected the volume of sales.

During this experiment, several songs with different tempos (some faster, some slower) were reproduced in the background music of a supermarket. He tracked the speed of customers as they shopped, and the result was that when fast-paced music was played, shoppers walked quickly and this gave them less time to make impulsive purchases.

In contrast, purchases accompanied by slow-tempo music, it slowed customers down and consequently, they purchased more during their visit. In his study, Milliman, discovered that the volume of sales in supermarkets, had 38% more spending on days when music played with a slow tempo.

2. How long have I been buying? The familiarity effect of music

You walk into a store, your favourite music is playing and you lose track of time. And it is known that the background music has an effect of familiarity. Yalch and Spangenberg (2000), proved the difference between playing well-known music and unknown music at the point of sale. Two groups were created in the studio: the first had a fixed length of time to shop, and the second was not given any restrictions. As they shopped, some well-known songs were played in the background music.

The effect of familiarity with background music on shopper’s behaviour was surprising. Of the group given no time limit, those who heard recognizable tracks spent nearly 8% less time shopping, whilst people who heard unfamiliar music perceived time to pass quicker.

Listening to family music or music we like makes us feel better, more entertained, and sometimes less angry about situations we don’t like, such as spending a lot of time in a queue.

3. The type can condition the perception and invite to buy certain products

In a study conducted by North, Hargreaves and McKendrick (1999), it was discovered that music style could unconsciously influence the choice of one wine over another. They found that on days when French-style music was played, more French wine was bought, whereas when German music was played, there was a tendency to buy more German wine. However, when buyers were asked about their experience in the wine shop, they replied that they were unaware of the type of music and the effect it was having on their purchases.

This type of studies shows that the genre or style of music impacts on the purchasing decision, but this does not necessarily mean an increase in sales, but rather generates an increase in the average ticket with more expensive products sold.

Classical music, for example, may suggest that the product being sold is of higher quality. It depends on how and when it is used, can generate concern in the customer who tends to compare and question the prices of products. 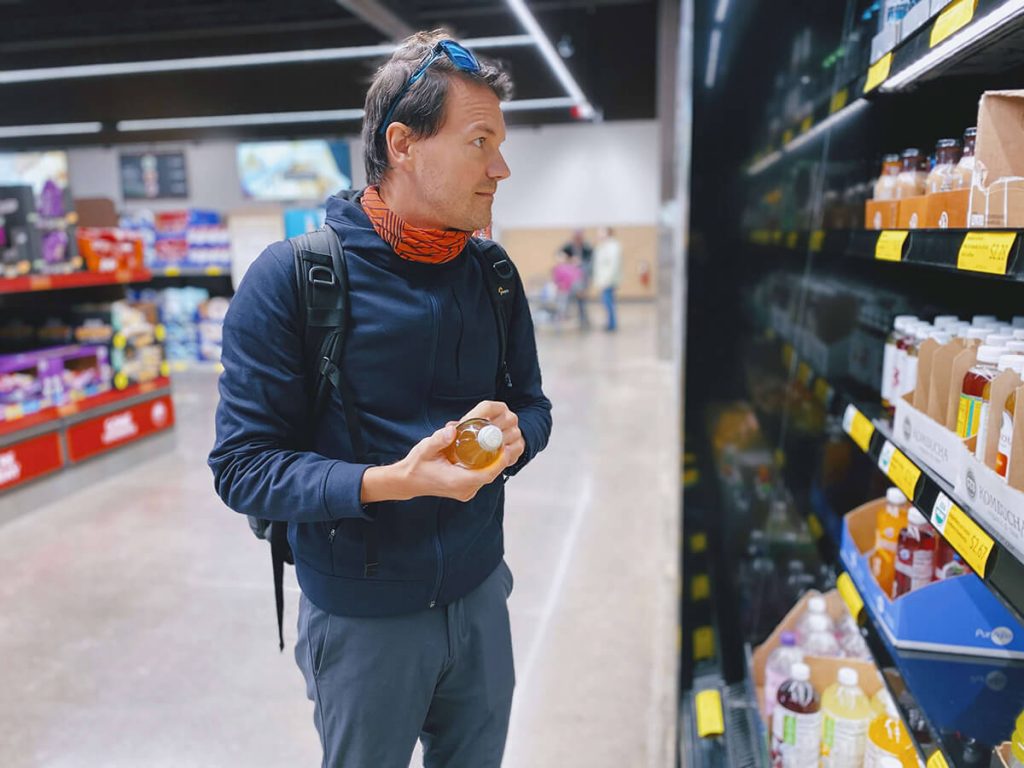 4. The volume is so loud, you can't even talk here!

One of the music goals is to break the silence, but it is always necessary to avoid drowning out customers’ conversations or even distracting them from their tasks. Music must be present for the best experience, but without interfering with what the customer has come to do, which is to make their purchase.

In 1966, researchers Cain-Smith and Curnow specifically examined how volume affected supermarket and grocery store shoppers. What they found was that loud music resulted in shoppers spending less time in the store. Unlike soft music, which calmed shoppers and allowed them to spend more time examining, selecting and finally buying products.

5. I thought I heard a two-for-one offer?

We are used to hearing the fish day offer or the 2×1 promotion in the drugstore section. The commercial messages in background music are a very effective communication tool.

Because they can modify your buying behaviour right in the last phase of the buying process. At the final moment, when you have the product in your hands, or in the shopping cart.

At Sonat Sounds we work on the music marketing strategy, where we take these 5 aspects into account so that the implementation is a success. In another post, we will deal with how we manage background music and commercials in supermarkets.